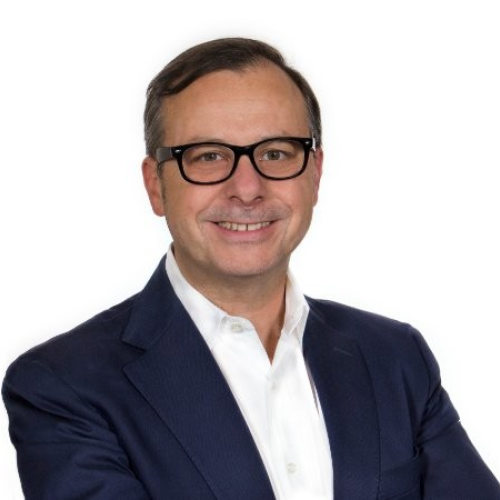 As Silicon Labs’ Chief Technology Officer, Alessandro Piovaccari is responsible for the company’s product and technology research and development. Alessandro joined Silicon Labs in 2003 to design the company’s single-chip FM radio products, which have surpassed 1.5 billion device shipments. He co-architected Silicon Labs’ single-chip TV tuner IC, used by nine of the world’s top ten TV makers, with more than 70 percent market share and 1 billion unit shipped. Previously, Alessandro worked as a research scientist at Tanner Research, joining the company in 1997 to develop CMOS neuro-inspired image processors. From 1998 to 2003, he was a member of the design services team at Cadence Design Systems, focusing on CMOS RFICs and high-speed SerDes IP development. Alessandro holds 38 patents and is a Senior Member of IEEE and a Full Member of AES. Alessandro received Laurea and PhD degrees in electronic engineering and computer science from the University of Bologna in Italy and a Post-Master's Certificate with Honors in electrical engineering from Johns Hopkins University. He also serves as a board member for the Skillpoint Alliance, as a member of the advisory council of UTeach Natural Sciences at The University of Texas at Austin, College of Natural Sciences, and steering committee for the IEEE CICC conference.