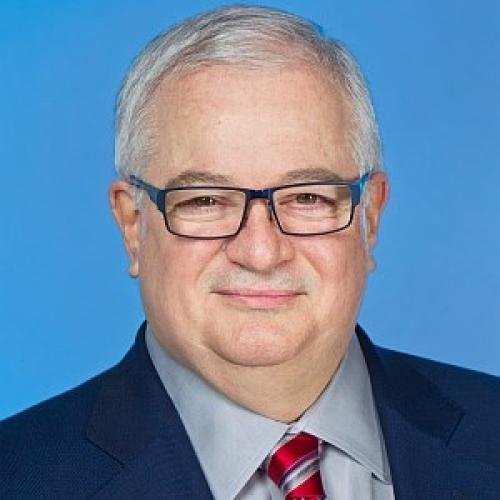 Jeffrey Kodosky was born in 1949 in Brooklyn, New York, and grew up on Long Island. He earned a Bachelor of Science in physics from Rensselaer Polytechnic Institute in Troy, New York, in 1970. In July of that year he married Gail Theilmann. The couple immediately moved to Austin so Kodosky could begin graduate school in theoretical physics at The University of Texas at Austin.

In 1976, Kodosky cofounded National Instruments, where he is currently an NI Business and Technology Fellow. He has received numerous patents as principal inventor of the technology in the award-winning software package, LabVIEW.

He is past Chair of the Advisory Council for the College of Natural Sciences as well as member of the Board of Trustees of Rensselaer Polytechnic Institute. He also is a member of the Association of Computing Machinery and the Institute of Electrical and Electronics Engineers professional societies.

Kodosky was elected to The University of Texas College of Natural Sciences Hall of Honor in 1999. He received the Rensselaer Alumni Association Fellows Award that same year. He is a trustee on the board of the Austin Lyric Opera and past governor on the board of the Austin Community Foundation. He is an enthusiastic supporter of the performing arts and a lover of classical music. The Kodoskys have two daughters, Laura and Karen, and four grandchildren.