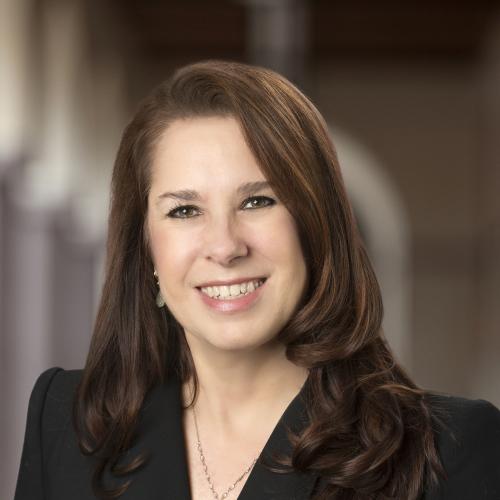 Tracy LaQuey Parker was born on a U.S. Air Force Base in Newfoundland, Canada, grew up in Chicago and Fort Worth and attended The University of Texas at Austin, where she received a bachelor of arts in Computer Science. She is currently Senior Vice President of Business Development for Parker Solutions Group. She is also active in the community and is a member of several boards, including the Texas Tribune, the Texas Foundation for Innovative Communities, the Austin Film Society, and the Advisory Councils for UTeach and the College of Natural Sciences at The University of Texas, where she serves on the executive committee.

Before her current position, Tracy was Director of the UTeach Institute at The University of Texas at Austin, which she founded in 2006 to replicate the nationally recognized UTeach math and science teacher preparation program that began at UT in 1997.

Prior to her successful tenure with the UTeach Institute, Tracy worked in the Chief Technology Office of Cisco System, where she founded Cisco’s Worldwide Education focus and Cisco’s Advanced Internet Initiatives team in the early 1990s. She also founded a research and development imprint of the Chief Technology Office, partnering with Addison-Wesley. Additionally, she managed Cisco’s participation in worldwide K–12 educational Internet programs, including the Global Schoolhouse Project, and she initiated and managed Cisco’s extensive participation in various Internet Society activities internationally. During this time, she participated in the Federation of American Research Networks (FARNET), serving as Treasurer, and the Internet Engineering Task Force (IETF), serving as chair of several working groups.

In addition to conference papers and journal and magazine articles, Ms. LaQuey Parker is the author of two best-selling books, The User’s Directory of Computer Networks (Digital Press) and The Internet Companion: A Beginner’s Guide to Global Networking (Addison-Wesley). The Internet Companion was the first trade book on the Internet, published in 1992, and featured a foreword by Vice President Al Gore. At one time, it was number one on Publisher’s Weekly best-selling computer books nationally and was a best-seller worldwide, translated into Japanese, Portuguese, Spanish, Polish, French, and Indonesian, in addition to being adapted for the European Community (The European Internet Companion). Also notably, The Internet Companion was a pioneer in online publishing, the first commercial book to be made available for free on the Internet in 1993 while simultaneously being sold in hardcopy in bookstores. During the intense growth of the Internet in the 1990s, Tracy frequently gave keynotes, seminars, and presentations in the U.S. and internationally. She was profiled in On the Internet (a publication of the Internet Society), The Australian (Australia's national newspaper), and Tecno 2000 (a Spanish technology publication) and was featured on the cover of the Japanese Asahi Pasocon technology magazine.