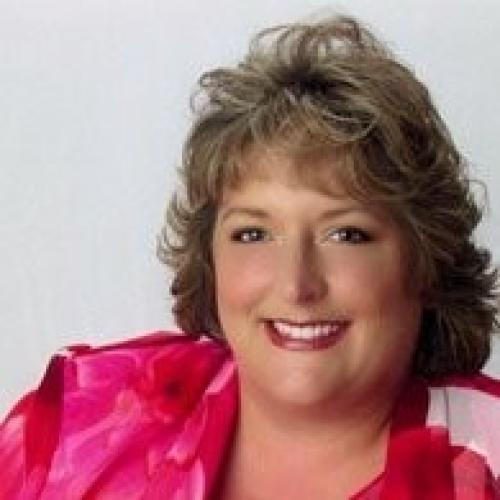 In 2005, while working on a PhD, I joined UTeach as a Research Methods TA. Before coming to UTeach, I was a TA for Dr. Anthony Petrosino as well. I have always enjoyed helping students develop their own projects and built an entire curriculum at ACE Academy in Austin around this idea. I was hired to be a coordinator for the High School Research Initiative currently funded by NIH and directed by Gwen Stovall. Currently we have trained nine high school teachers and more than 150 students who have or will display their projects in the Austin Energy Regional Science Festival.

My interest in teaching began with a chalkboard at age 6. I had two younger siblings and we played school every day. I was determined to have them reading and knowing their multiplication tables before kindergarten. My mother describes me as a harsh instructor in the beginning. Three universities have softened my methods to include strategies that are less painful.

I began my career at Picayune Memorial High School by teaching Biology and Chemistry in 1984. I taught at the very same school for 19 years before going back to graduate school at the University of Southern Mississippi. I was hired by the National Science Foundation for Delta RSI working cooperatively in three states: Mississippi, Louisiana, and Arkansas as a Math and Science Coach in multiple school districts along the Delta and later as Technology Coordinator for the Center for Science and Mathematics Education in the College of Science and Technology at the University of Southern Mississippi. I taught methods courses at USM as well as supervised emerging science teachers for the university in the Hattiesburg City School System. I worked extensively with State Level Science Fair and the final year was Secretary for the entire State of Mississippi.

When I graduated with a Master’s Degree, I took a job in Biomedical Engineering on a project funded by HHMI at UT doing curriculum research when that department was just beginning. I worked there for three years before deciding to return to the practice of teaching and pursue a PhD. I chose to work for the only independent school for the gifted in Austin when there were only 12 students its first year. The freedom to design the STEM curriculum while growing that school to more than 150 students was an amazing journey. Graduates of ACE while I was Head of High School all went into STEM fields and one has been working on the Orion project at NASA. Another has become a programming teacher after graduating from UT and now teaches at ACE. There is an awards case full of First Lego League trophies including best in programming and design at the state level. I certainly can’t take credit for all of that success but I found people who were talented to work at ACE – award winning programmers, physicists, and graduates of the UTeach program (Lauren Siegel, Swapna Deepak).

I believe that great instruction for any population must begin with the individual learner. I look forward to the challenges ahead and am reminded life is a lot like peddling a bicycle. If you stop moving forward, your balance becomes precarious.

The University of Southern Mississippi, (1984) Bachelor of Science degree from the College of Science and Technology in Science Education, with an emphasis in Biology and Chemistry.

The University of Southern Mississippi, (2003)

Master of Science degree from the College of Science and Technology in Science Education, with an emphasis in Chemistry/Biochemistry.

The University of Texas at Austin, (2010) graduating with a Ph.D. in Science and Mathematics Education from the College of Education. Dissertation Focus on Effective Science Teacher Development: "The Synergy between Scientists and Experienced Educators: An Examination of Dialogues for Professional Development Opportunities within a Team of University Instructors Who Prepare Pre-service Secondary STEM Teachers at an RU/VH Research University.” Advisor: Dr. James P. Barufaldi.