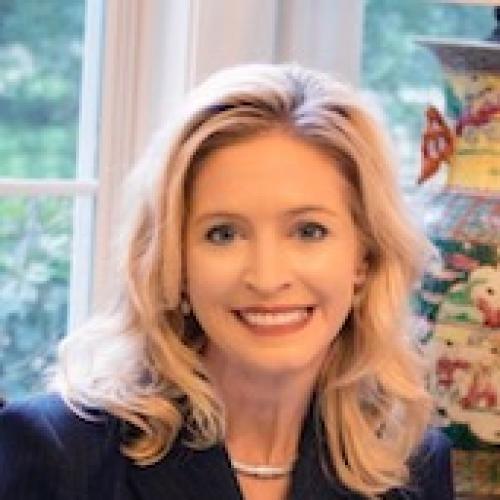 Meg Voelter was born and grew up in Brenham, Texas. She attended the University of Texas at Austin and graduated with a B.B.A. in Finance. She earned her J.D. from Baylor Law School in 1999. Mrs. Voelter practiced litigation and regulatory law in Austin for the firm of Cantey, Hanger, Roan and Autrey. Additionally, she taught Family Rights Practice and Procedure at Baylor Law School for eight years as an adjunct professor instructing students in content as well as advocacy.

Mrs. Voelter has been involved in many other volunteer activities in Austin and statewide, including the National Charity League, Dell Children's Women's Trust, Washington on the Brazos State Park Association, and Texas Lyceum among others. She has previously served as President of the Pi Beta Phi Austin Alumni Club and Co-Chaired the American Cancer Society's Holiday Shopping Card fundraiser.